I’m not going to lie, creating an outfit to post without using the same pieces over and over can be a struggle. Sometimes I’ll look at a blog and can’t help but wonder, “How much clothes/shoes/accessories does this girl have??” First world problems, right? While I’m always trying out new combos with pieces I already own, I do try to incorporate new items so I’m not always wearing the same top, shoes, or even jewelry. For the last couple months however, you may have noticed that I’ve had a good rotation of accessories and it’s all thanks to Rocksbox.
Rocksbox is a monthly subscription service with an “ever-rotating selection of jewelry” chosen by stylists and sent directly to you. When you sign up, you are asked to fill out a style profile which will help the stylists figure out your style so they can curate your box. Think of it as, designer jewelry on loan.
When I first heard of Rocksbox, back in 2013 I believe, I had seen it mentioned on another blog and wasn’t impressed with the selection of jewelry that I saw. Since then the company has grown so much and has added so many fantastic and popular designers to their roster. I have been receiving jewelry from favorites such as House of Harlow 1960, Gorjana, and CC Skye as well as discovering new companies and designers such as Wanderlust + Co., Slate, Margaret Elizabeth (OBSESSED!) and more. I love how personalized the boxes and picks are, here’s a few other I have received:
Each month is $19 (or 6 months for $99), and they will send you a box filled with three items based on your style. For me, it’s a ring, bracelet and necklace because I don’t wear earrings. I can keep the box and wear my stylist-picked jewels for as long as I want and when I want a new box, I keep the ones I want and ship back the ones I don’t. There is no limit on the amount of boxes you can get and jewelry to try in a month and shipping is free both ways (YES!). You can purchase the pieces you fall absolutely in love with at a discounted 20% member pricing. Icing on the cake.  Am I keeping my subscription? Definitely!
If you’re an accessory addict like me, start rocking Rocksbox today! Sign up using my code amandaxoxo1 and you’ll receive your first month FREE! Hurry and sign up now here because this this promotion ends 1/31.
Have you heard of Rocksbox? Are you a member?

Linking Up With:  Thursday Favorites,  Throwback Thursday,  Look What I Got, What I Wore To Work, #WIWT, Treat Yo Self Thursday

This post is not sponsored by Rocksbox but I did receive a complimentary 3-month membership; this post does contain referral links. No monetary compensation was provided; all opinions expressed are my own. Any jewelry I have kept was paid for at the member pricing by myself.

Hi there! I'm Amanda, a Los Angeles-based beauty, style and lifestyle blogger. I’m a type-A California girl at heart who loves to shop, watch horrible Bravo TV reality shows, and am obsessed with all things beauty and makeup. 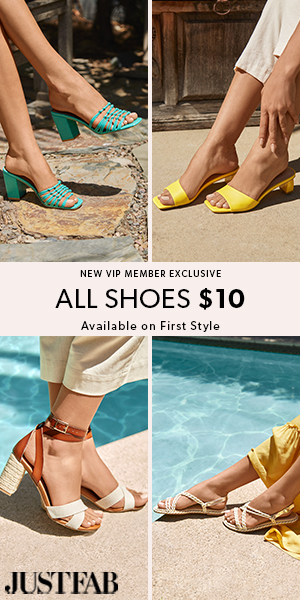 TBH I’m not the best at painting my own nails...