Any other readers out there with a massive tbr list? So many books, not enough time! This week I’m sharing a few recent reads that should be added to your spring 2021 book list.

Keep reading to find out what’s topping my book list + a chance to win an Amazon gift card– perfect for those must-have reads!

Where the Grass is Green and the Girls are Pretty by Lauren Weisberger is the latest and greatest from The Devil Wears Prada author. I received an ARC from Net Galley / Random House for review, the book will be available later this month (pre-order now!). Popular morning TV host Peyton becomes wrapped up in a college admissions scandal when her husband is arrested for bribery charges attempting to ‘pay for a seat’ to Princeton for their daughter, Max. Peyton and Max end up heading to her sister Skye’s in suburban Paradise for a summer to let things back in NYC simmer down. Only Skye has a major secret of her own. The story weaves from Peyton, Max and Skye and how the effect the scandal… along with other secrets… play into their lives.

The novel is written in Weisberger’s satirical and witty tone with bits of humor scattered about. I always enjoy Weisberger’s novels and this was no exception. Peyton and Max were my favorite characters, and I enjoyed the scenes between them the most. This will definitely be one of the must-reads for the summer!

I finally got a hold of the buzzy The Idea of You by Robinne Lee a few months ago and was not disappointed. 39-year-old Solène Marchand is a divorced LA gallery owner who takes her teenage daughter and friends to the concert of world-famous boy band, August Moon. At a backstage meet-and-greet, Solène connects with member Hayes Campbell. Soon after, the two begin a passionate love affair. The problem? Hayes is just 20-years-old and oh yeah, a worldwide pop sensation with a mega fan base. Solène soon realizes that her romance has its complications, especially where her daughter and business are concerned.

If you love a good romance with steamy love scenes, this book would be up your alley. That being said, it’s not cheesy and written well. I absolutely love the authors’ knack for descriptions and character development. I felt emotionally invested in this book and know you will too.

The Good Sister by Sally Hepworth follows fraternal twin sisters Fern and Rose and the special bond they share. Rose, the “responsible one” always felt she needed to protect Fern while growing up, especially from their mother. When the twins were teens, Fern did something very bad and Rose has been the one to keep her secret for years. When Rose has trouble becoming pregnant, Fern decides she’ll repay her sister by helping her achieve her dream of becoming a mother. However, the bond between the sisters might not be as strong as each thinks they are.

I received a copy of this book from St. Martins Press for review purposes. This was my first book from this author and I was impressed! The story moved along nicely and I like how it switched from Fern’s first-person point of view to journal entries from Rose. The author totally captures the bond between sisters, toeing that line between being thick as thieves or totally feeling resentful towards the other. I thought this had a good story line & likable characters. Overall I would recommend this if you want a good page turner!

As I was reading The Good Sister, my library copy of Hepworth’s The Mother-in-Law became available so I was able to immediately dive in. Another page-turner, this book had more of a who-done-it thriller aspect that I enjoyed. Since day one, there has always been tension between Lucy and her mother-in-law Diana. Polite, proper and a pillar of her community, Diana likes Lucy enough but they don’t have that closeness and the harder Lucy tries, the more strained the relationship becomes. One evening, the police show up on Ollie, her husband, and Lucy’s doorstep declaring Diana to have been found dead, a suicide note nearby. However, the police start to suspect that Diana did not kill herself and instead was murder. But who would want to kill Diana?

I really like that the book was told from the perspectives of both Lucy and Diana so the reader can see both sides of the story.  Hepworth does an excellent job at developing both characters and drawing the reader into the story. I will say, this book makes me glad that I have a good relationship with my mother-in-law!

A Lowcountry Bride by Preslaysa Williams is a sweet, simple romance set in charming Charleston, South Carolina.The main character, Maya, is a junior wedding dress designer for a popular wedding gown brand in NYC. When her father has health issues, she decides to take vacation time and an unpaid leave to stay with him while he recovers. While in Charleston she takes a temporary job at a local wedding dress boutique, where she can sell her own dress designs (previously unaccepted by her employer) with her unique Afro- Filipino style & a stitching technique she learned from her late mother. There, she meets shop owner Derek & his daughter, still recovering from a lot as of their own.

I thought it was a cute, quick read that blends together romance, achievements, racism, heritage & hope. Overall I would recommend as a light-hearted read, especially as we head into wedding season. Thank you to Net Galley and Avon for the ARC- this book will be released in June and is available for pre-order now.

What books have you read lately that you just couldn’t put down? Are any of these going on your spring 2021 book list? Share in the comments!

Happy Spring!
I have teamed up with an amazing group of bloggers to give YOU a chance to win:
a $500 Amazon Gift Card

Simply enter below by completing the rafflecopter. You’ll receive one entry per completion. This giveaway is open to the U.S. and Canada only and runs until EOD 5/10. Winner will be announced here. Good Luck!

Void where prohibited. By entering the giveaway you acknowledge that you are agreeing to complete each task, which involves following, liking and subscribing to newsletter’s.

Hi there! I'm Amanda, a Los Angeles-based beauty, style and lifestyle blogger. I’m a type-A California girl at heart who loves to shop, watch horrible Bravo TV reality shows, and am obsessed with all things beauty and makeup.
ABOUT ME 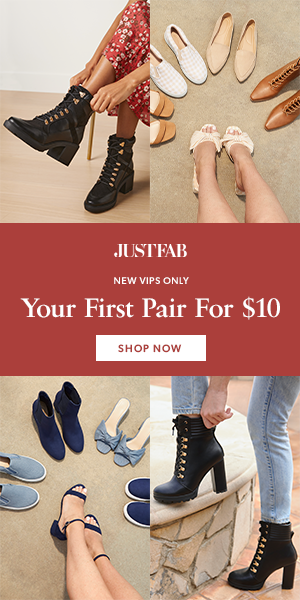 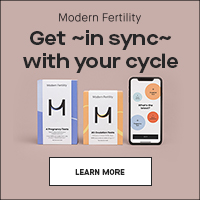 Lovey dovey & getting cozy in these adorable @ador

This blush is *almost* too pretty to use 🌸 I’

A fresh mani to start out the week 💅🏻 Curren

Turn up your skin’s hydration game this winter s

You can find out more about which cookies we are using or switch them off in settings.

This website uses cookies so that we can provide you with the best user experience possible. Cookie information is stored in your browser and performs functions such as recognising you when you return to our website and helping our team to understand which sections of the website you find most interesting and useful.

Strictly Necessary Cookie should be enabled at all times so that we can save your preferences for cookie settings.

If you disable this cookie, we will not be able to save your preferences. This means that every time you visit this website you will need to enable or disable cookies again.